LD Jeroen works for production company Chain which is part of the Rentall group’s operations specializing in broadcast lighting and audio.

He initially lit the first pilot for this series – which takes inspiration from the legendary De Wereld Draait Door (The World Moves On) ‘magazine’ programme that ran for 15 years – at the end of 2020. It was such a success that the second series started in the new year.

The creative brief was to present a fresh and contemporary look for the new series which is recorded at the NEP Westergas Studio Amsterdam.

While the look for De Wereld Draait Door had been cosy resembling an atmospheric bar, for this one, set designer Ronald van den Bersselaar of BEEO went for a completely antithetical aesthetic. Ronald maximised the compact studio area by building a U-shape set with screens along the sides measuring 7 metres wide and 4 metres high – the full height of the space.

There are three letters along the back. An “O” on the left, the “V” which is split into two parts along the back and the “R” on the right. The O and R are projected with ESPRITES fitted with custom Rosco gobos, and the two parts of the V are shaped utilizing ESPRITE framing shutters.

The U-shape around the distinctive circular (O-shaped) central set elements give it a crisp, clean, slick edge which presented plenty of challenges for lighting!

With the height of the LED screens and the ceiling, there was no chance of any drop-down arms or other rigging aids, so Jeroen needed very flexible lighting in exact positions using the most space-efficient fixtures.

The round table at which presenters and guests sit is also on a revolve so it can turn 45 degrees.

The show’s cold-open and intro are presented with the table at a 45-degree position and following a ‘news of the day’ video clip, the desk then turns – with all the guests onboard – to the left, ending up at the 12 o’clock position as the broadcast starts.

“Basically, I needed lights that would turn with the table,” explained Jeroen, who would usually light a desk area like this with static luminaires like fresnels, but to deal with the movement, he would have needed three times the number of conventional fixtures, so instead decided to use ... Robe T1 Profiles.

Firstly, it was smaller, so that was an immediate bonus. It is a quiet luminaire ... and with 16 units in the roof of a small studio for a talk-show ... they need to be quiet!

In addition to the “fantastic quality” of the output, the icing on the cake for the T1 Profile was that it also has multiple features and effects. This makes them super flexible and they can double up to light the entertainment segments!

“They are great for the rock ‘n’ roll looks, they can produce stunning projection and are versatile, classy and quiet,” he affirms, adding that this was the first time he had used the T1 Profile in this context, and that he will use them again!

On top of that, he loves the great skin tones on camera produced by using the T1 Profile, and the combination of RGB, CTO and green-shift channels which are “great tools” for maximising the fixture. "It is all important for television and any production using cameras, to find the right tones and be able to tweak them on any person with precision and great ease" states Jeroen.

Thirteen Robe ESPRITES on the show essentially replace the MMX Spots that were used for several years on De Wereld Draait Door.

Four of the ESPRITES are used for the set dressing mentioned above and the rest are rigged above the performance area.

Jeroen is quick to point out that they are not comparable as the ESPRITE benefits from so much new technology, but “the MMX Spot was great in its day and this is a great follow up fixture with so much more for all those who loved the MMX Spot”.

Having lit the last four seasons of De Wereld Draait Door – a programme that is a huge honour to have on the CV in Dutch TV echelons – Jeroen had become familiar with MMX Spots.

De Vooravond also features 20 x Robe Spikies. Picked for their small size, these are used for the small band / artists space in one corner of the studio. “I wanted some extras to give more depth, interest and the option of different styles,” he explained, adding that he thinks the Spikes, ESPRITES and T1 Profiles all work consistently and harmoniously together.

“The outputs and the colours all match beautifully,” he concludes.

The Robe luminaires plus other lights on the show are all being run via a grandMA3 console.

Jeroen has used Robe products on many previous projects, and Rentall has an extensive stock of different Robe moving lights which he can choose from when available.

He thinks Robe is “very innovative” as a brand, and always pushing the bar in terms of developing and bringing new technology to the market. 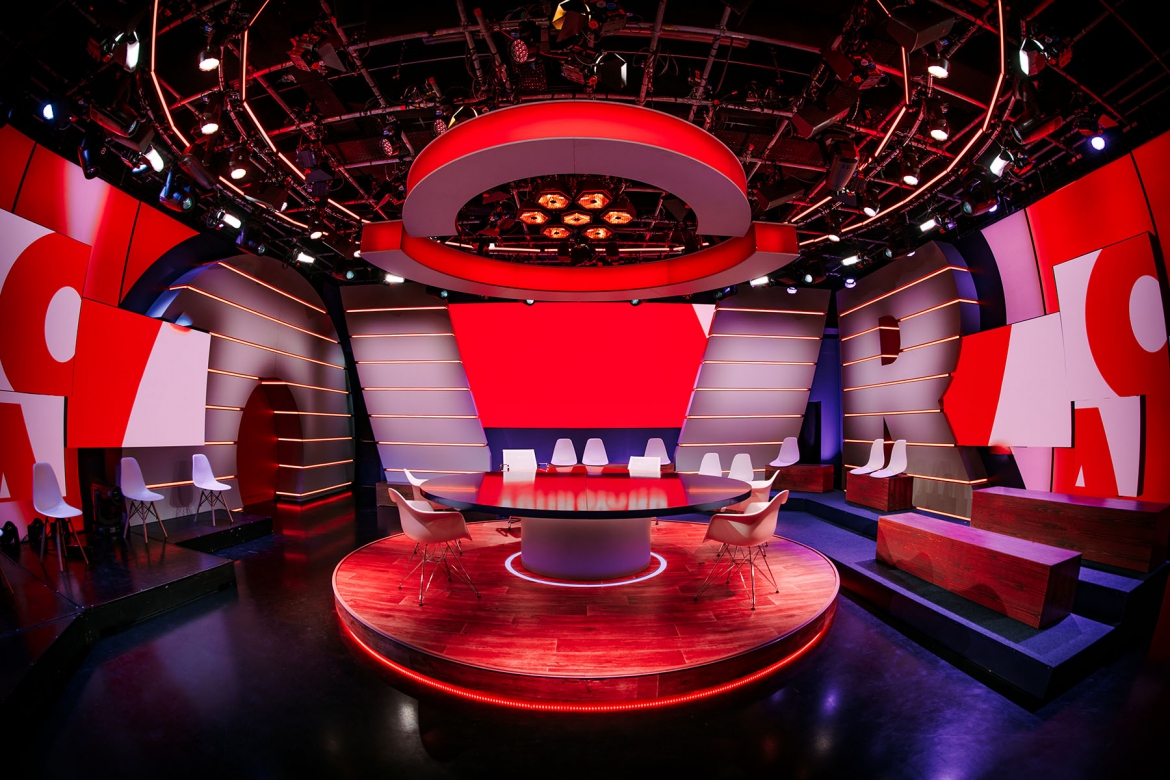