Robe Lighting at A2C5T in Brussel

Robe Lighting at A2C5T in Brussel

Creative director and lighting designer Koert Vermeulen wanted to do something extra special to celebrate 25 years of his innovative Belgian-based creative design practice ACTLD, so he and his team crafted a fluid and mesmeric large scale spectacle of lighting art – A2C5T – which was presented to the public for three weeks at the See U event space in Brussels.

The 45,000 square metre former police barracks provided an atmospheric backdrop for this multi-level light art experience, which was inspired by the core tenets at the heart of ACT – Art, Concept and Technology.

Within the installation, these three values were represented by three beautifully abstract intersecting works of creative lighting, carefully curated by Koert to offer a different but equally compelling immersive experience for guests. The three elements could be enjoyed individually or as one, or as a user-definable mix of several different components.

Complete with a special soundtrack compiled by Solemn Eye / 70 Hills Music / Marco Macaluso, visitors could lose themselves in the ephemeral magic of light, colour, texture, and other visual effects. 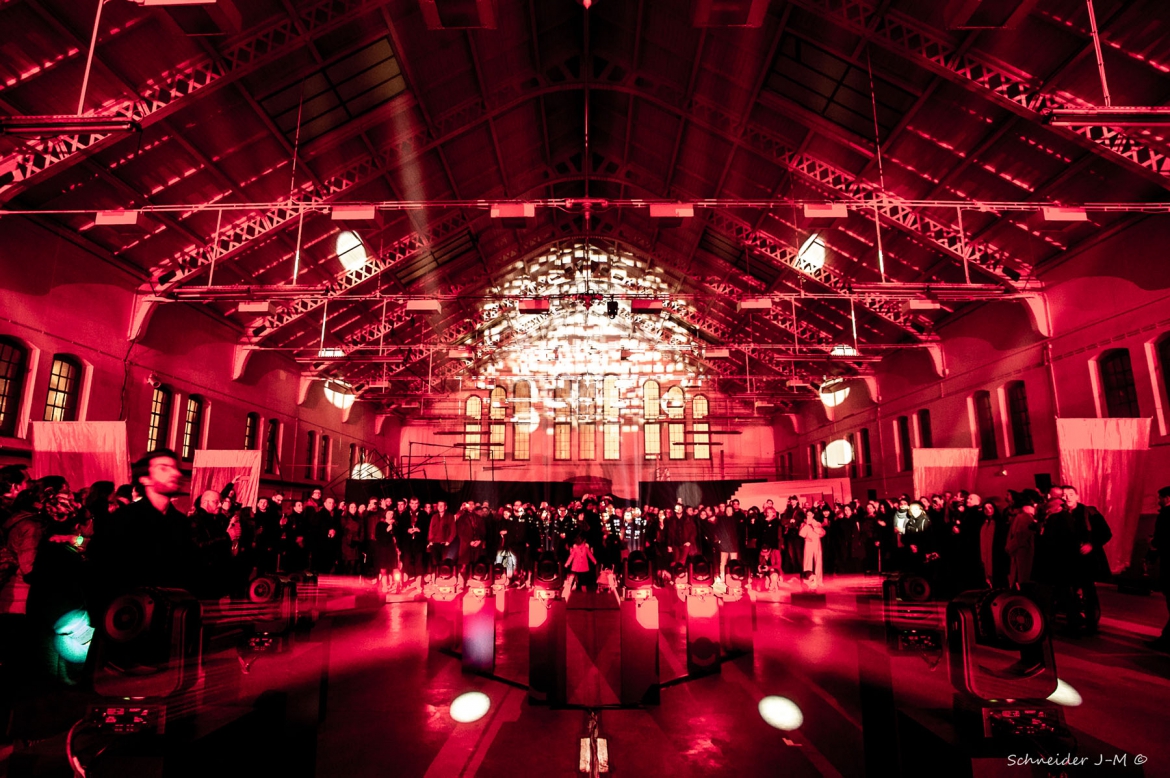 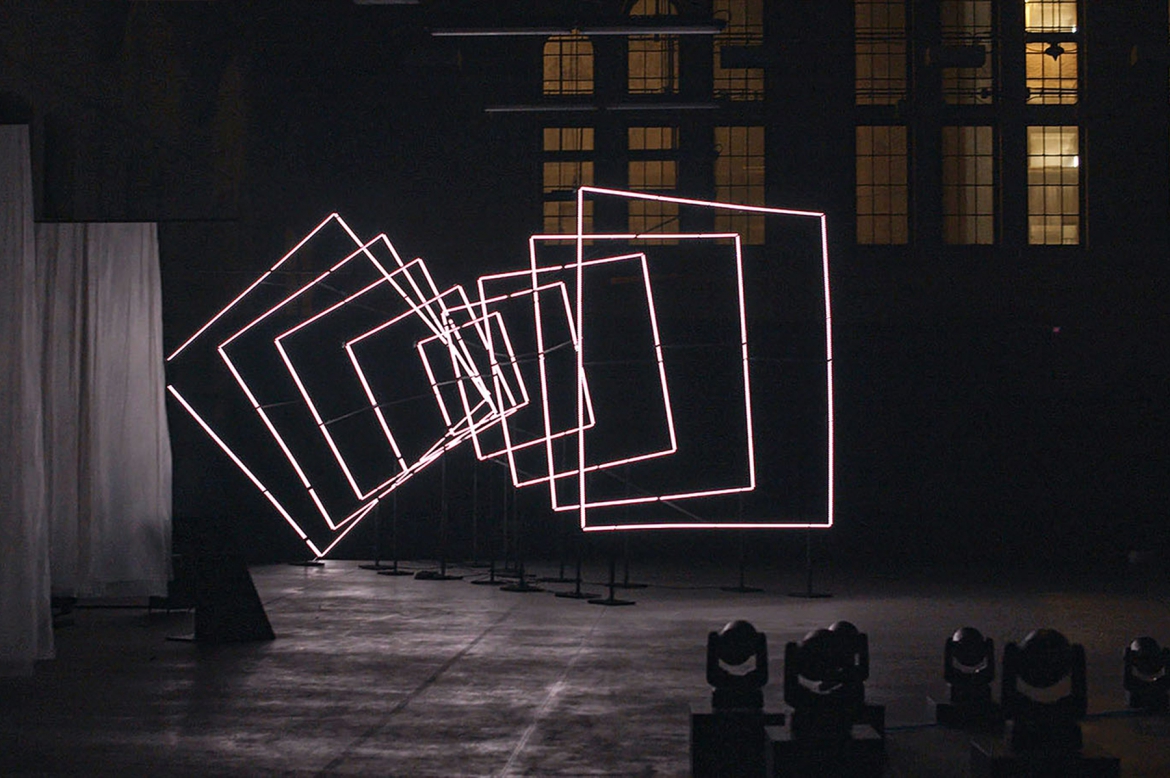 The central piece was “Technology”, and this was created using 36 x Robe Spikies, 20 x SilverScans and 16 x T1 Profiles.  While the emphasis was on the technology, this was delivered as a sculpted work of art.

The 20 x SilverScans were rigged at one edge of the installation space on a scaffolding frame flown from the ceiling, arranged four wide and five deep, while the Spikies stood on a series of low wooden plinths stood in front of and around the centre of the space.

Both these fixtures were chosen for their speed and rapid movement and the Spikies specifically for their continuous rotation.

“It was vital that the lights – the technology – came alive and essentially became ‘actors’ in this key piece,” explained Koert, adding that the Spikes were ideal with their small size “resembling little robots!”

For the many children who visited with their families – the installation took place just before the Covid-19 lockdown – the Spikies were at a similar height! They became transfixed by the lights which stood there almost incidentally, begging the smaller members of the audience to become their friends.

“It’s a very cute fixture,” says Koert, “and in this context, people were sometimes drawn more to the physical shape and form of the lights themselves than the luminescence they produced! 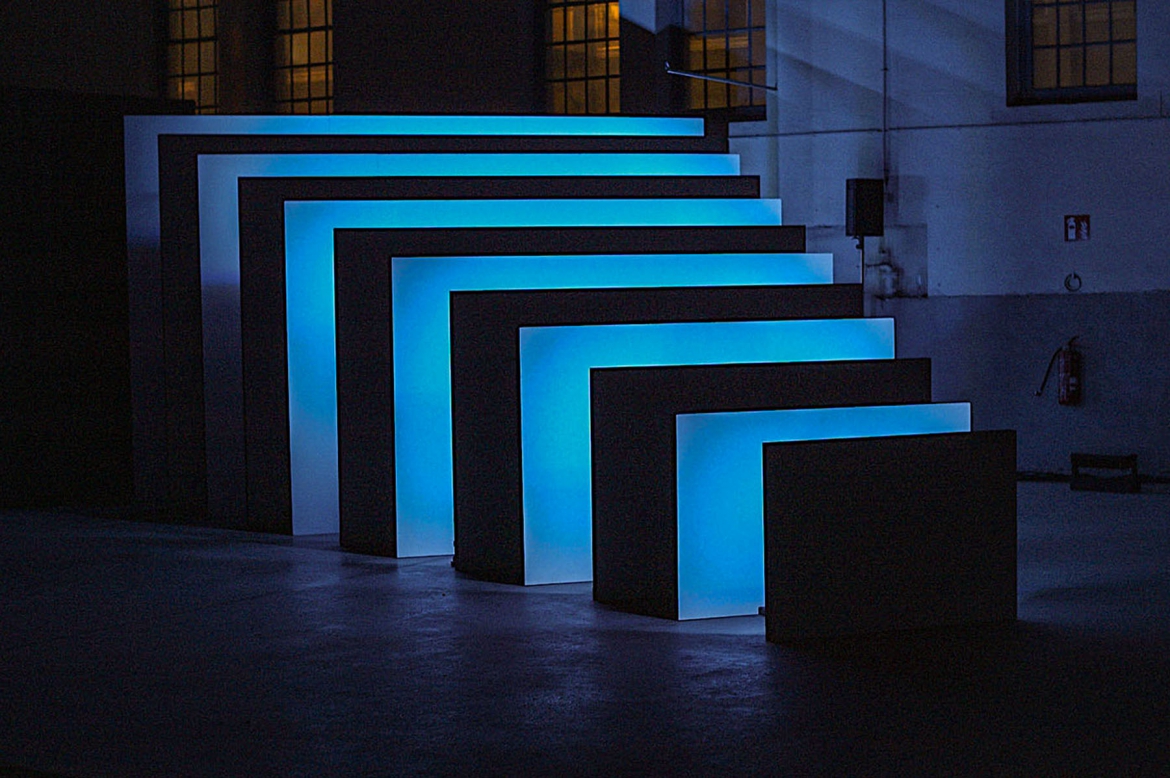 The T1s were used to architecturally light the general room space, together with 42 Anolis Divine fixtures – a mix of black light (UV) and RGBW units. 10 of the UVs were used outside the building, and Koert comments that when they stage A2C5T outdoors, the intention is to use T1s extensively to light trees and other surrounding foliage.

A person standing in right in front of Technology could see Art at 120 degrees and Concept at 210 degrees, so the triumvirate of artworks also had a harmony and a unity.

However, to encourage people back for a second and third walk-through … each was designed to tantalisingly be partly viewable from the other, so it was possible to see elements of the other two.

“We wanted to create a sense of expectation and curiosity,” says Koert, “almost teasing people and daring them to come back to further explore!”

He observed that generally – over the course of the three weeks – it was striking how few took out their phones and filmed on their first walkthrough, instead preferring to concentrate on what they were feeling and seeing, returning later with some idea of how the lighting would unfold around them to get the best recording angles!

Lighting for all three artworks was programmed and run on a grandMA2, with a SMODE media sever also triggered via the grandMA which dealt with the 3D pixel mapping elements in Art and Concept.

Concept was an expression of colour, inspired by the work of James Turrell; strong, bold and simplistic, comprising a series of solid screens in ascending size bathed in wash light, while Art was made up from multiple LED pixel tubes creating outlined shapes that appeared to be suspended in thin air. This featured more elaborate scenography for viewers, but the physical appearance was raw and stripped back to boost ideas of form, architecture and a heightened sense of negative spaces.

Koert commented on how exciting it was to get the chance of visually demonstrating the foundations on which ACTLD was built back in 1995.

A2C5T opened on the day of ACTLD’s actual 25th birthday celebration, and thereafter was open to the public and enjoyed by approximately 10,000 people.

Everything came to an abrupt halt in terms of public shows due to the Coronavirus pandemic, but the bigger plan has always been for Koert and ACTLD to take this installation experience to other venues, sites and countries as soon as is possible.