SKALAR – the large scale immersive kinetic lighting and electronic music art installation created by light artist / designer Christopher Bauder and composer / music producer Kangding Ray – has been reimagined for Amsterdam’s The Gashouder, a stunning circular space where the work is being presented by Audio Obscura.

Once again, Christopher is utilising Robe Pointes as lightsources – 93 in total – in this invigorating new space. The installation which he calls SKALAR 360, also features 61 x double-sided mirrors with perimeter rings of 180 addressable pixels which are suspended on 183 custom KINETIC LIGHTS motorised winches. In addition to the looped installation piece, Christopher and Kangding Ray are playing seven special related live performance shows in the same space.

SKALAR was first realised in the turbine hall of a former Berlin power station now the Kraftwerk art space, and then the same rectangular shape and dimensions were replicated for SKALAR MX which ran for 5 weeks in November / December at Fronton Mexico, Mexico City. Both were hugely successful. The Gashouder was one of the original buildings that Christopher earmarked as ideal to stage a SKALAR experience, with the right combination of quirkiness, funkiness and industrial history. However, its spherical shape required a completely different approach, which has resulted in this unique in-the-round presentation.

The charismatic circular chamber – now been redeveloped as an arts, cultural and leisure area – has an iron roof and was once at the hub of Amsterdam's Westergasfabriek gasworks complex powering the city’s western suburbs. With all the mirrors in the show, they already had strong circular elements involved, but the challenge was to create a new set of circular movement and lighting patterns and sequences that would work with the specific geometry. Five circular trusses were installed in the roof with diameters of 5.6,10.6, 15.6, 21.2 and 33.7 metres respectively, radiating out from the centre all trimmed at approximately 10 metres … and these were fitted with varying quantities of mirrors – between 1 and 24 per trussing ring.

Beyond these was an outside circle of 24 individually flown ladders, approximately 5 metres from the perimeter wall of the Gashouder, each rigged with three Pointes which appear to be floating in air in the dark. These provide excellent positions for hitting the mirrors and deflecting and bending the light around the room in the numerous elegant asymmetric patterns characteristic of SKALAR’s kinetic visuals.

The three lighting totems on the floor also featured in the Berlin and Mexico versions. In Amsterdam, each is rigged with seven Pointes and positioned around the room just underneath the circle 2 overhead position. The overall footprint of the show is larger than in the rectangular format, and the lighting and mirrors are slightly more spread out, so in addition to all the original moves and positions that had to be updated and adjusted to reflect the new symmetry and layout, Christopher took the opportunity to programme in some new sequences.

Kangding Ray also made some adaptations and additions to the soundscape to reflect the space and some of the new moves as well as they the fact that they have a sumptuous 12-channel surround sound system at the Gashouder which lends itself perfectly to SKALAR’s immersive nature and juxtaposition of technology and imagination in an invigorating headspace. The initial five SKALAR 360 live shows sold out so quickly that two more were added, where they manipulate and jam the sounds and visuals in real-time.

For the first time, they are also presenting a rave-style party as one of the additional live sessions, complete with trendy South Korean DJ / record producer Peggy Gou who will play beneath the installation, bringing a special clubby vibe for just one exclusive performance!

Designed engage and challenge the mind and soul, guests lose themselves in a visual and sonic ambience that generate the very human reactions of ‘profound emotion’. The narrative for the looped show is essentially the same as the previous two SKALAR iterations, but the new space and formatting has changed the way the emotions at the heart of the ‘experience’ can be expressed. When selecting a light source for the original installation in Berlin, Christopher wanted something bright, precise and intense and a dynamic fixture with multiple options to modify the beam, which was small and accurate in cue repeatability across large distances.

The Pointe’s frost and the strobing function with their adjustable frame rates are present in SKALAR 360, and several different Pointe functions are utilized for the looped show and live concerts. 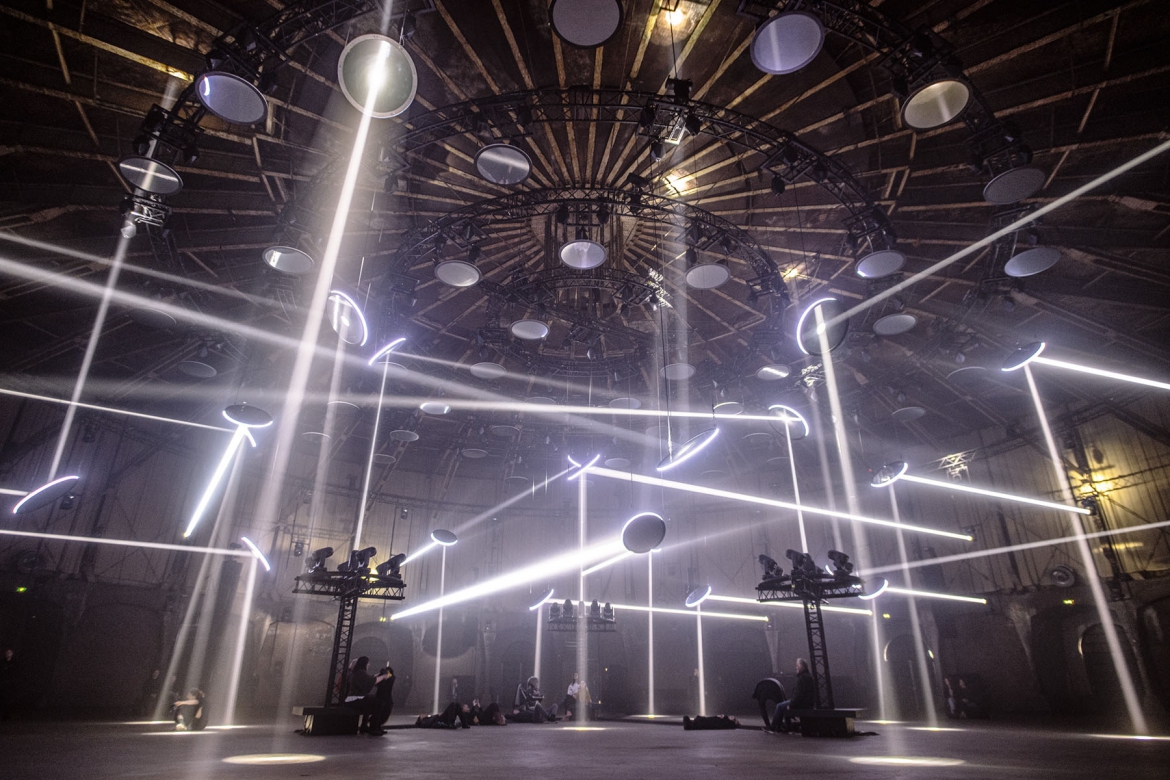 The Pointe beams pierce the darkness effortlessly, paired with the mirrors gracefully gliding into different formations, occasionally startled by a belligerent white-out and backed by Kangding Ray’s mesmeric, rhythmic soundtrack that has such a hypnotic soothing effect.

The Pointes in Amsterdam are supplied by rental company Flashlight and all feature a special TV colour wheel with TV optimised colours like lavender, skin tones and a selection of colour corrected whites, that Christopher has morphed into the show, giving a nice contrast and evolution.

DMX data signals for the Pointes are converted from Art-Net and integrated into the custom KINETIC LIGHTS proprietary KLC software platform controlling them and the winch movement.

The lighting treatments - stimulating the different emotions - are rendered as cues in real-time during playback and triggered by MIDI keys from the Ableton Live system running the master audio track during the looped SKALAR show.

Each mirror is physically controlled by three winches giving up / down movement plus pan / tilt, so they can move incredibly smoothly on XY and Z axes making their kinesis beautifully three-dimensional and fluid.

A new flexible mounting frame for the winches to the truss has been devised for this version which helps define the perfect distance and orientation of the winches towards each other.

The installation was completed by a technical crew from Christopher’s project company WHITEvoid, production managed by Florian Fink. The installation was open from 10th January until the 5th of February and was drawing massive audiences. These have been different again from Mexico and Berlin, and Christopher commented that the Netherlands and those living in Amsterdam in particular are known for their erudite and discerning consumption of electronic music which he thinks has definitely fuelled the SKALAR 360 buzz, especially for the LIVE shows.

SKALAR is a large scale lighting, audio and kinetic installation artwork featuring a series of moving mirrors and beam moving light fixtures based on Plutchik’s ‘wheel of emotions’, where audiences can experience the full range of eight primary emotions - Anticipation, Anger, Disgust, Fear, Joy, Sadness, Surprise and Trust. Visually the SKALAR concept is all about the relationship between the real beams of light coming from the fixtures onto the mirrors and the virtual ‘secondary’ beams which are created and bounced, reflected and refracted between the mirrors and various endpoints around the room. The different resonance, tonality, texture and quality of the light beams and the viewing angles and proximities affect perception and therefore everyone’s reactions … and resulting sensory experiences. 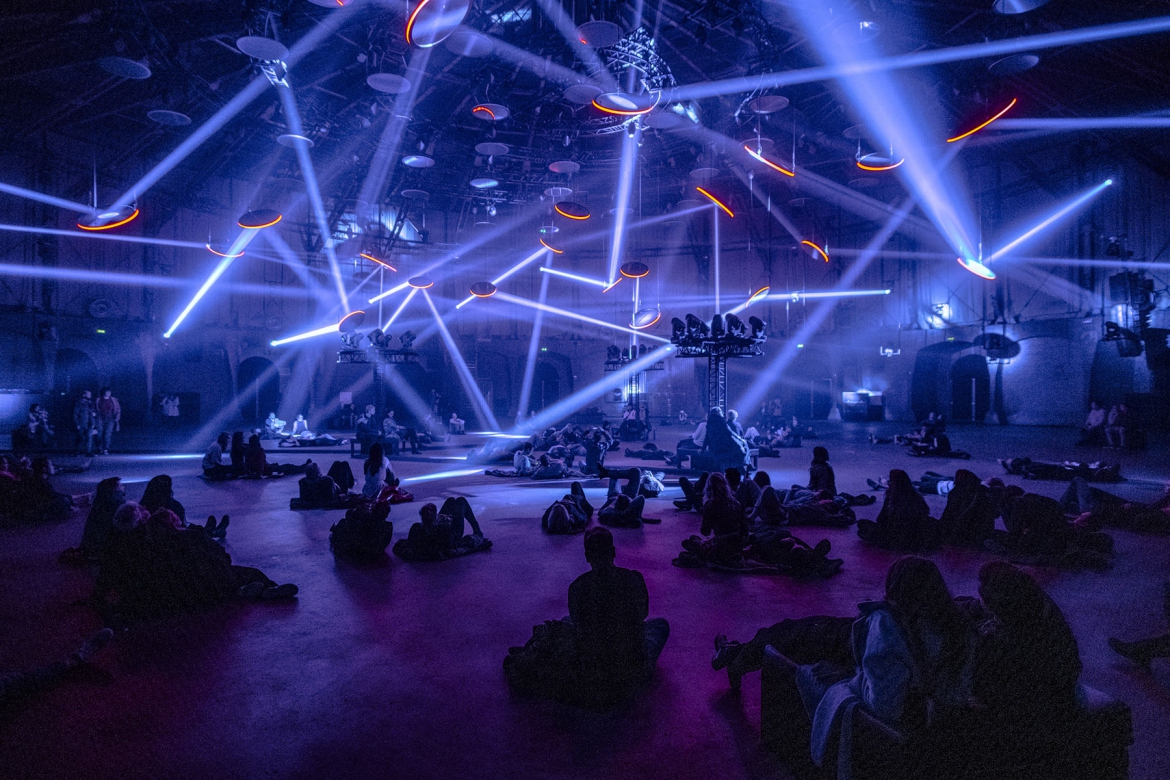 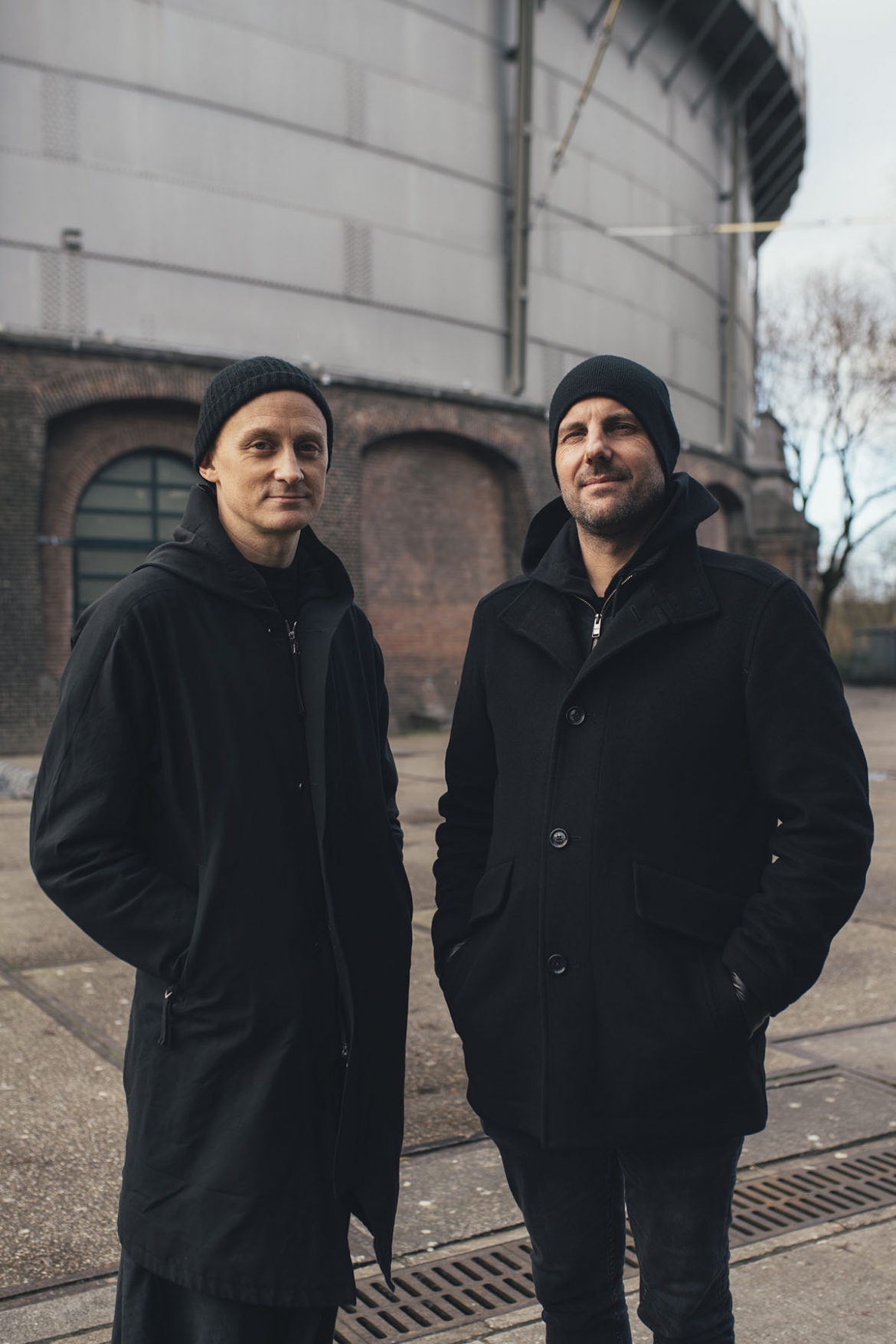