Mainstage artists at the 2019 Ghent Jazz Festival were illuminated by 86 Robe moving lights – including 35 brand-new T1s – in a slick production lighting design created by Bart Weyts of L&L Stage Services, the company providing technical production - lightning, audio and video - for that stage.

The event was located in the very attractive surroundings of De Bijloke, a charismatic historic site formally a hospital that now houses the Ghent Music Centre in the beautiful Belgian city. L&L has been involved in the Main Stage technical production for the last few years, working directly for the organisers.

This year, L&L purchased T1s with this and other projects in mind from Robe’s Benelux distributor Controllux, adding to their ever-growing rental inventory of Robe moving lights which is now around the 650 mark.

He wanted to use them on the Jazz festival because they are silent.

Jazz performance often features some very intense ‘pin drop’ moments – where the ambience can potentially be ruined by the clunking and whirring of a moving light!

Also, jazz artists have fine-tuned hearing and their audiences tend to be more sensitive to extraneous noise ... so silence is definitely a virtue, and Bart is delighted with the T1s!

In addition to these, 29 x Spiiders and 22 x LEDWash 600s graced the rig which was based on Danny Nolan’s design for Sting. Other high-profile stars included Jamie Cullum, Rymden, Diana Krall, Joan Baez, Gregory Porter, Mulatu Astatke, Melissa Aldana, Big Whoop and many others all reflecting superlative jazz from around the globe.

The lights were positioned on three overhead trusses slightly racked (lowest at the back) above the stage and on a front (advance) truss, with the LEDWash 600s on two 90-degree trusses running out above the audience. This year the main stage was beneath a new semi-open tented roof structure.

In addition to meeting all of Sting’s requirements, the lighting scheme was designed to give a good general coverage for the great diversity of artists.

Other key reasons – apart from the silent running – that Bart purchased the T1s include the output / brightness – based on the fact that they do a lot of festivals like this where 70% is in daylight, and also for good key lighting plus the flexibility of also producing effects on top of any general lighting.

The very first job for the T1s was a BMW car launch and Ghent Jazz was the second major one.

“It’s an extremely nice fixture,” Bart commented. “It’s bright even in the most saturated colours and everything about it is high quality.”

L&L also purchased another 36 Spiiders at the same time for general stock. “They are working all the time, constantly in demand and we can’t get them out of the door fast enough,” he comments.

The Main stage hosted around 4 or 5 artists per day over the 10-day Festival, so the rig had to work well for all and cover multiple bases.

Bart specifically wanted to use LED fixtures for the event and do L&L’s bit to keep the carbon footprint as low as possible!

The primary lighting director / operator for the main stage was Kristof van Mensel of TCF who used a ChamSys MQ500, and L&L deployed a crew of 6 for the show days.

Simultaneous to supplying Ghent Jazz 2019, L&L serviced four other events with technical production on the opening weekend … also with Robe for moving lights! 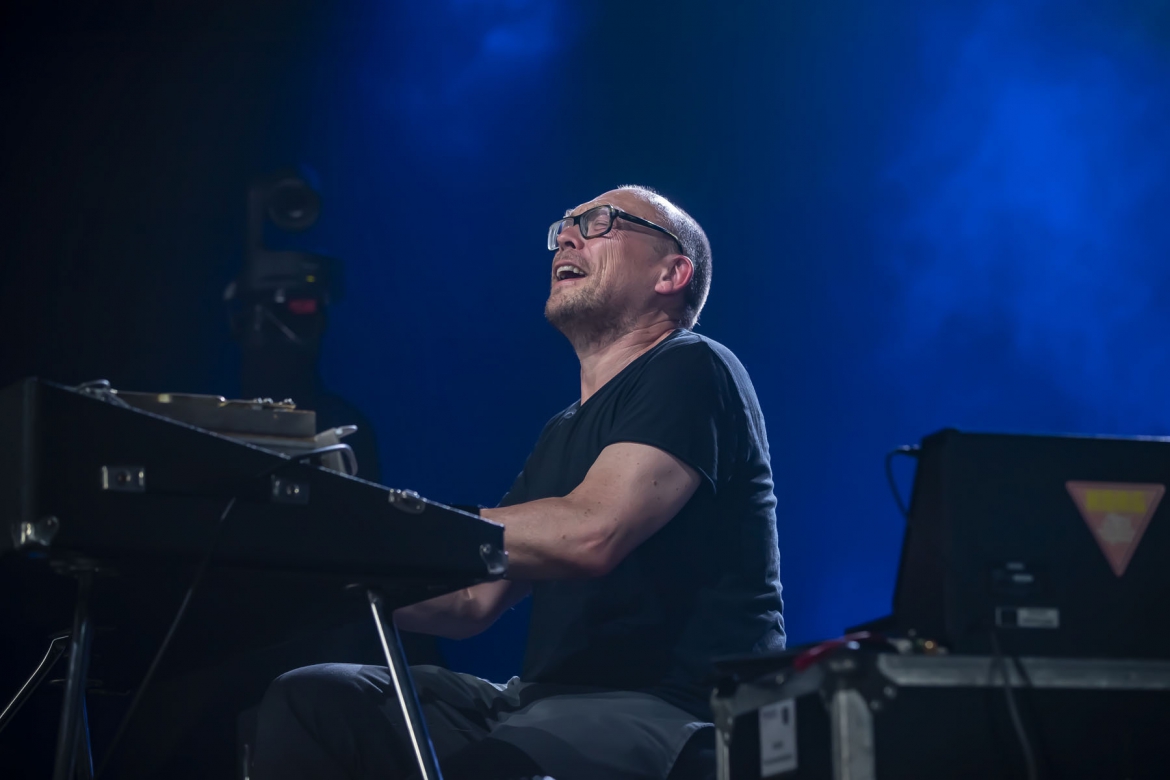 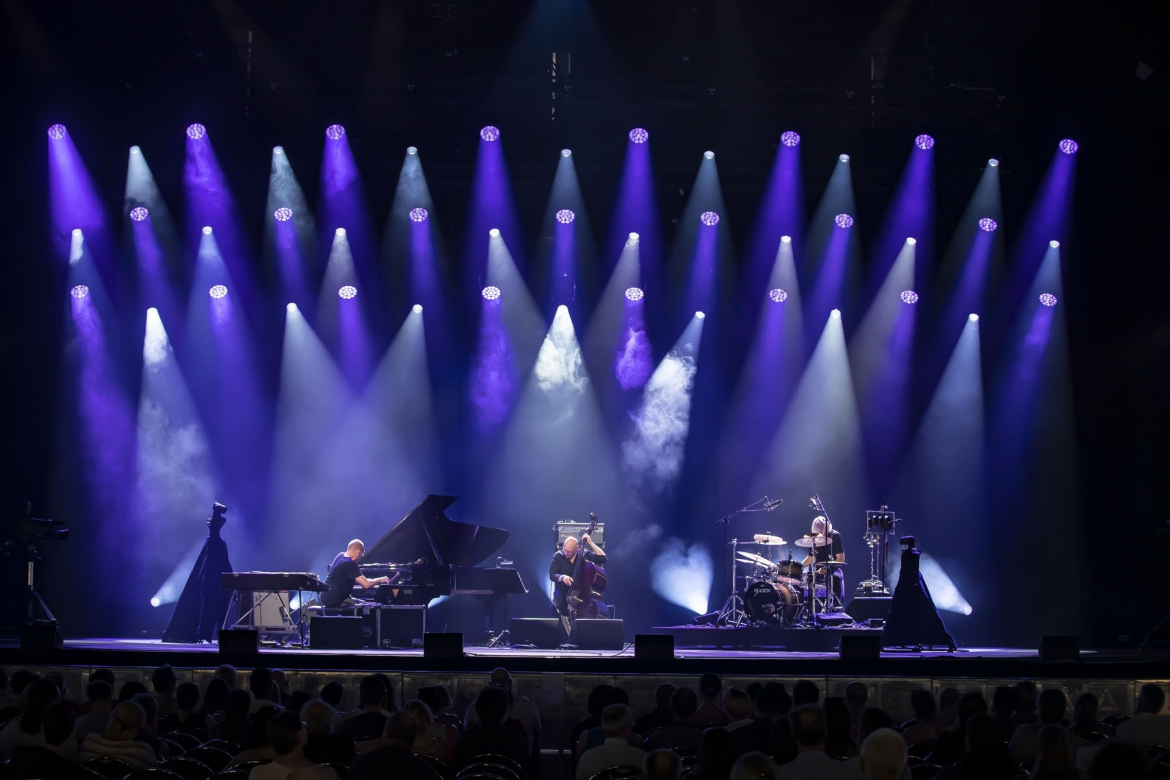 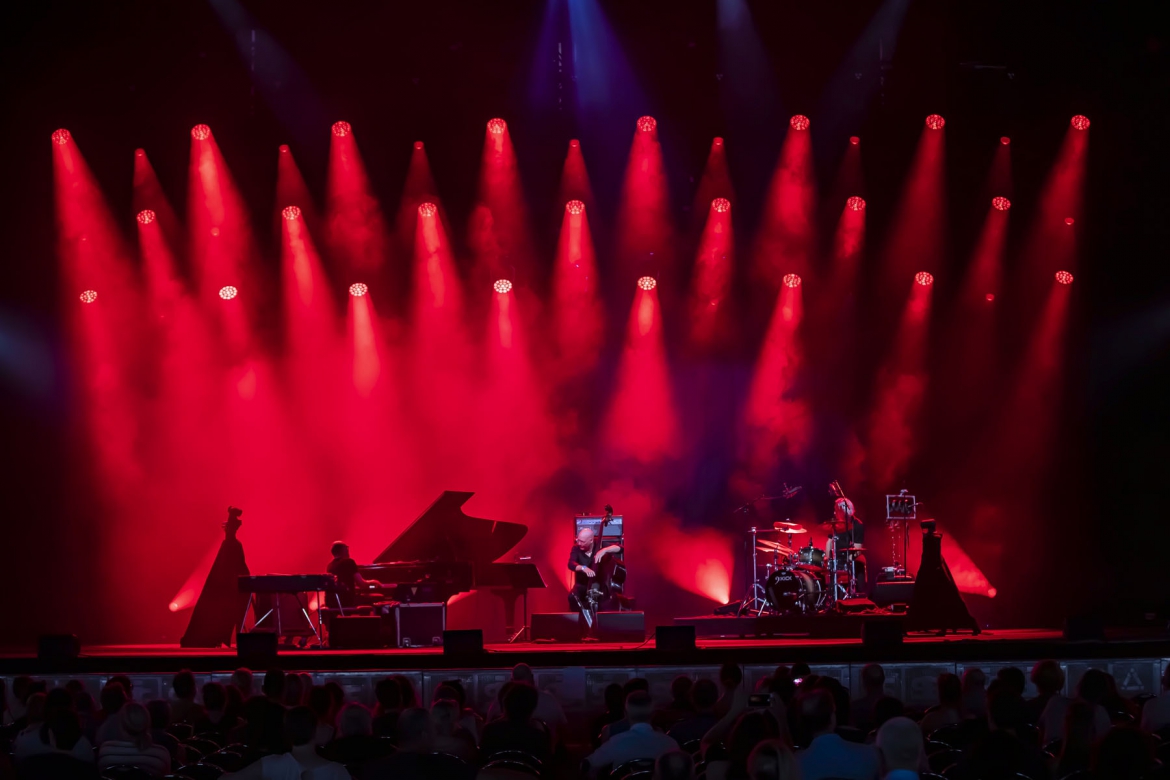