Robe T1s for every day of the AuS LICHT Week

Robe T1s for every day of the Aus LICHT Week
One hundred and forty Robe T1 Profile LED moving lights were specified by the Dutch National Opera and Ballet’s lighting department for three performances of “aus LICHT” directed by Pierre Audi and staged in the Gashouder venue in Amsterdam as part of the 2019 Holland Festival.
The epic performances each took place over three consecutive days delighting Karlheinz Stockhausen aficionados and opera buffs with a total of 15 hours of music per show, featuring selections from the iconic composer and sonic disruptor’s seven opera “Licht” cycle which takes place over 7 days of the week.
“Aus LICHT” was a collaboration between the Dutch National Opera, Holland Festival, Royal Conservatoire of The Hague and the Stockhausen Foundation, created in cooperation with the wardens of Stockhausen’s legacy. The music from LICHT was presented in a mis-en-space by Pierre Audi in his role as creative director for the DNO and the Festival.
Production lighting and set designer Urs Schönebaum created a design and sent his plot to the Dutch National Opera’s lighting department where it was interpreted and realised by their head of stage, video and lighting, Pieter Huijgen, and lighting manager / chief LX Cor van den Brink.
The primary need was for a quiet light source – less than 33 dBs – stipulated by Urs Schönebaum and Pierre Audi who are both leading international practitioners in the world of opera production. This was to provide the main general stage lighting required in the venue.
Pieter and Cor looked at what was available and narrowed down the field to four potential luminaires, one of which was the Robe T1 Profile.
They conducted a shootout which was ‘won’ by the T1 presented by Kuno van Velzen from Robe’s Benelux distributor, Controllux.
In addition to the quietness, other features impressing them on the T1 Profile were the elegant colour mixing – a lot of deep saturates were used in the show – and the high white output.
They also thought the colour temperature range between 2700 and 8000k, made possible due to the innovative way the LED engine mixes the whites, was perfect for this application.
The fixtures were installed on 24 trusses rigged in the roof of the Gashouder, a charismatic circular chamber with an iron roof, once at the hub of Amsterdam's Westergasfabriek gasworks complex powering the city’s western suburbs. It has now been redeveloped as an arts, cultural and leisure area.
“Aus LICHT” was performed from three different staging positions around the venue with the audience sitting in the centre, and the direction of the seats changed in the breaks and intervals. The fourth stage area was filled with LED screens that were also a vital part of the technical production.
The T1 fixtures covered the entire space and were utilised as a powerful profile spot, they were not seen moving at any stage of the performance which unfolded over 5 or 6 acts per day, requiring some intense lighting programming.
In addition to meeting all the technical criteria, they were happy to go with Robe for the reliability, which Pieter and Cor know about first-hand as they use Robe Spiider LED wash beam fixtures and LEDWash 1200s and 300s in the Opera’s house rig. They also frequently cross rent other Robe’s luminaires like the DL7 series for specific shows.
For “Aus LICHT”, the T1s were sourced from more than one rental company, and lighting for the nine shows making up the three Aus LICHT performances was programmed by Jasper Paternotte, Bart van Kooten, Michiel van den Heuvel and Sharon Huizinga.
Time was the biggest challenge in producing an intense creative opus of music and imagination on this scale, with only two full rehearsals for each scene, one general rehearsal for the whole piece … then straight into the first show.
One thousand tickets were sold per show which started at 2.30 in the afternoon and finished at 10.30 each night, a unique fully immersive experience for this new and invigorating work, hailed as a spectacular overview of Stockhausen’s masterpiece which has been highly critically acclaimed.
The Dutch National Opera was conducted by Kathinka Pasveer and the costumes were designed by Wojchiech Dziedzic. 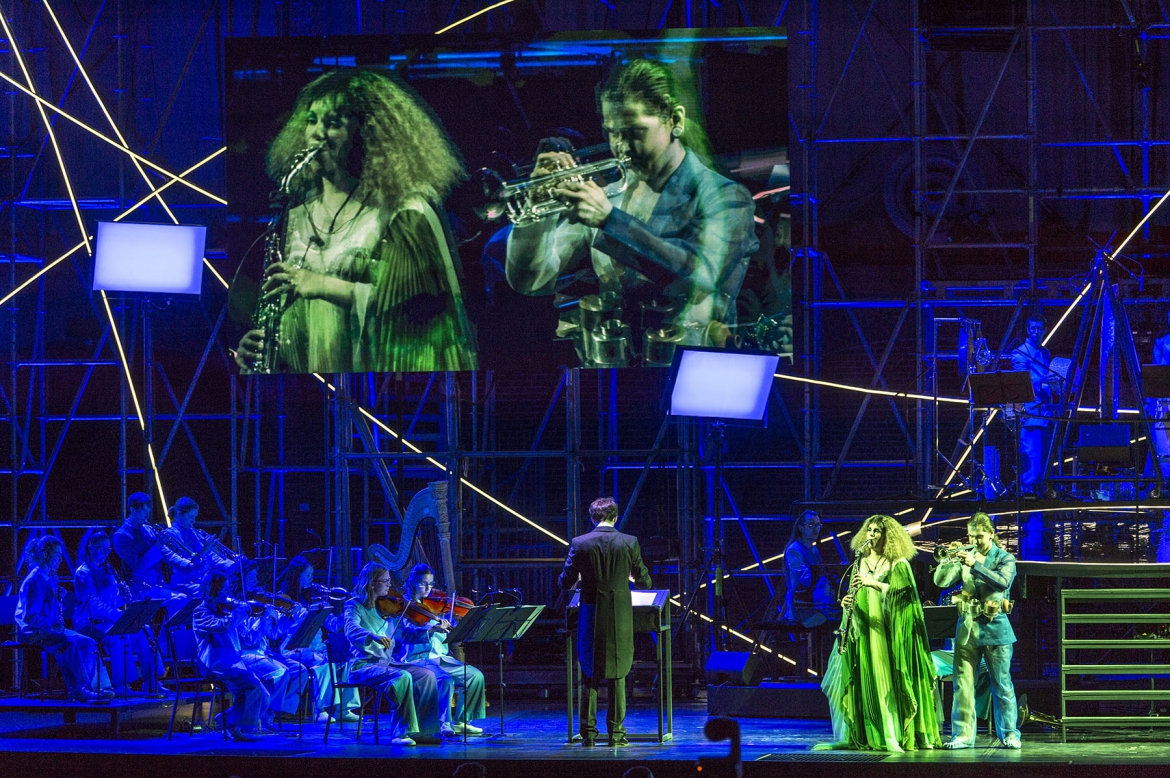 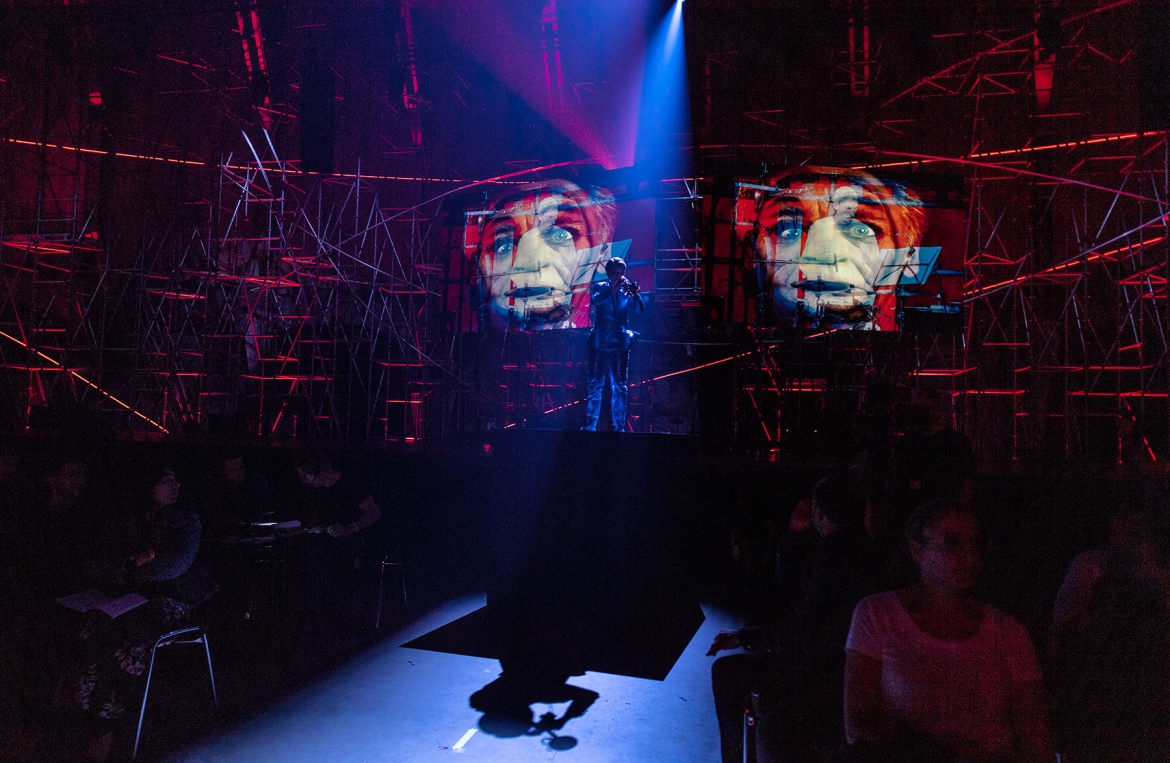 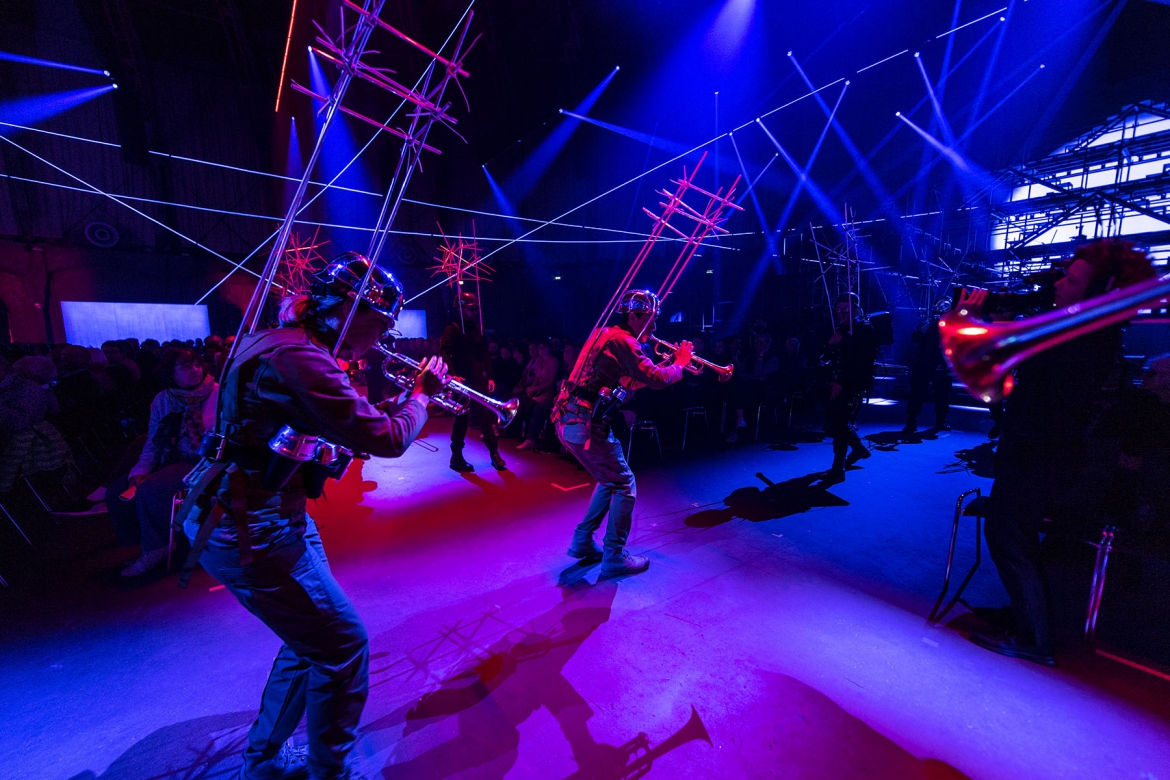