The production design for AMF – with 40.000 visitors and high energy sets from David Guetta, Armin van Buuren, Tiësto, Dimitri Vegas & Like Mike, Alesso, Don Diablo, Timmy Trumpet and many more – was created by Maarten Hoogland from organiser ALDA, who is also the overall production manager and Andre Beekmans from creative visual design practice, The Art of Light.

The look featured a series of ‘crosses’ and other large geometrically-shaped video pieces flown 360 degrees round the 40,000 capacity (for this event) Ajax stadium, and involved approximately 1000 lighting fixtures. Around half of these were Robe, supplied by a combination of Flashlight (the over-stage fixtures) and The Purple Group (lighting around the ArenA).

Andre and his team at The Art of Light have lit AMF from the very first edition in 2013, and in this time the show has developed a signature lighting design which is used as a base, with different variations and ideas introduced to make each year’s set up distinctive and different.

The stage end production was an impressive 120 meters wide, and full perimeter trussing facilitated lighting, audio and video positions around the venue floor (usually the football pitch) and the first tier of seating to complete a fully immersive experience.

The centre of the arena was filled with 8 long trusses (lengthways orientated) which were sub-hung with 40 x shorter moving trusses on 80 Cyberhoist axes, all rigged with lights. These flew in and out at strategic moments through the event.

“The idea was to create a massive nightclub atmosphere in a stadium,” explained Maarten, “for which we needed to be able to close the space right down and make it feel intimate at times, whilst still providing all the WOW factors expected by an AMF audience in a stadium.”

In addition to this, for lighting, Andre considered the ‘standard’ rider lighting requirements for each of the artists – all used to their own eye-catching productions.

Always keen to use new technology, he was delighted to have the opportunity of integrating the 38 x ESPRITES into the design. They were deployed on the perimeter trusses around the edges of the arena and used as effects spotlights and for back and side light onto and into the audience.

“The ESPRITE is a very a complete and powerful spot,” commented Andre afterwards. 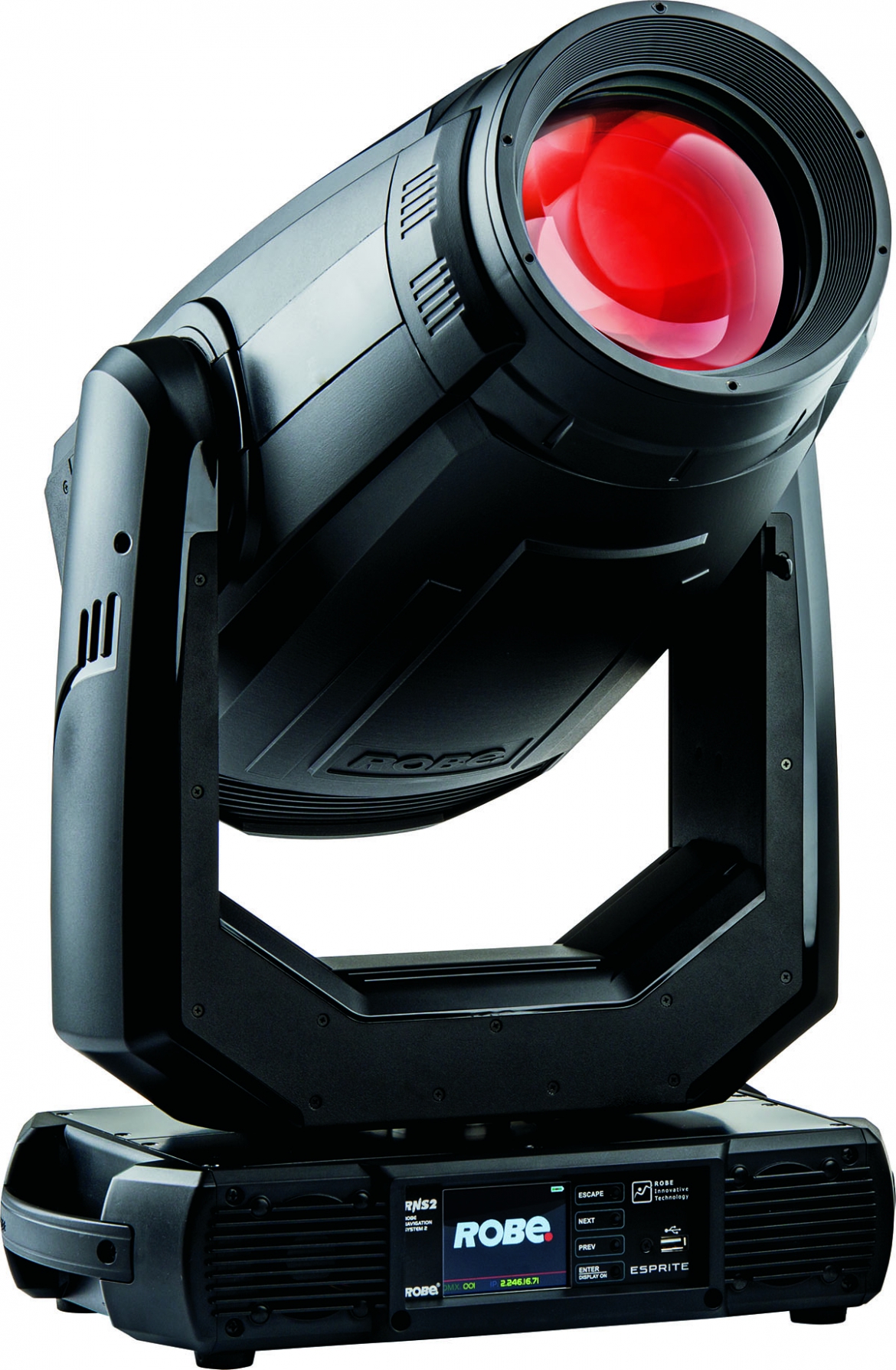 The ESPRITES worked especially well in unison with the BMFL Blades and BMFL Spots on the rig, all needed for their power due to the 13-metre trim height of the perimeter trusses.

For AMF’s beam fixtures – essential for any dance / electronic event – 72 Robe Pointes were rigged over the stage / DJ booth area and worked together with another 240 beam moving lights which were rigged out in the arena.

For wash lights, Andre spec’d a combination of Robe Spiiders – with 224 on the plot – and their larger LED wash product, Tarrantula. The Tarrantulas were used for potent rear lighting onstage, with some Spiiders in the over-stage trusses and the majority spread out across the lengthy audience trusses.

One hundred and eight Robe LEDBeam 150s were positioned all around the perimeter truss, their remarkable brightness for the tiny size of the unit holding its own!

In addition to all the moving lights, Andre had plenty of strobes, LED wash / strobe / blinders and conventional blinders. Stretched in between the gaps of the three large video ‘crosses’ above the stage were multiple LED strings (installed by 4Light), and the cross shape video panels themselves were outlined with LED strips and battens.

It was a case of being and thinking stadium BIG and club ‘intimate’ simultaneously. As a lighting and overall design concept this worked spectacularly well to present AMF 2019 which ran from 9 p.m. to 6 a.m., and the energy, music, visuals and great vibes kept pumping! The lighting control was grandMA.

Video content was created and delivered by EyeSupply with the LED screens and video hardware from Pixelscreen and audio was supplied by Purple Group, Jari van Leerdam from Backbone was the technical production manager with an eye on all the tech disciplines, working closely with Maarten.

The biggest overall challenge for the event was the short load-in time and the logistics that had to be crunched to make all of this happen sequentially, as, due to the Ajax football match schedule, the grass pitch could only be covered for 24 hours.

This entailed some ingenious rigging solutions and the application of that famous practical and lateral thinking for which this industry is renowned says Maarten with a big smile!

All the side and overhead trusses were prepared around the edges of the pitch and utilising the seating stands, so immediately the stadium roof was closed these were moved into place and picked up on pre-hung motors. Once the long trusses were floating in place, the 40 motion trusses had to be were sub-hung, a complex job needing yet more time! All the rigging was completed by Flashlight and Frontline rigging.

On the get-out, this was even tighter! All the production elements over the pitch had to be struck and de-rigged by 8 a.m., two hours after the event had finished – so ArenA staff could uncover the grass and re-open the roof … a goal achieved by some fantastic teamwork and excellent advanced planning! 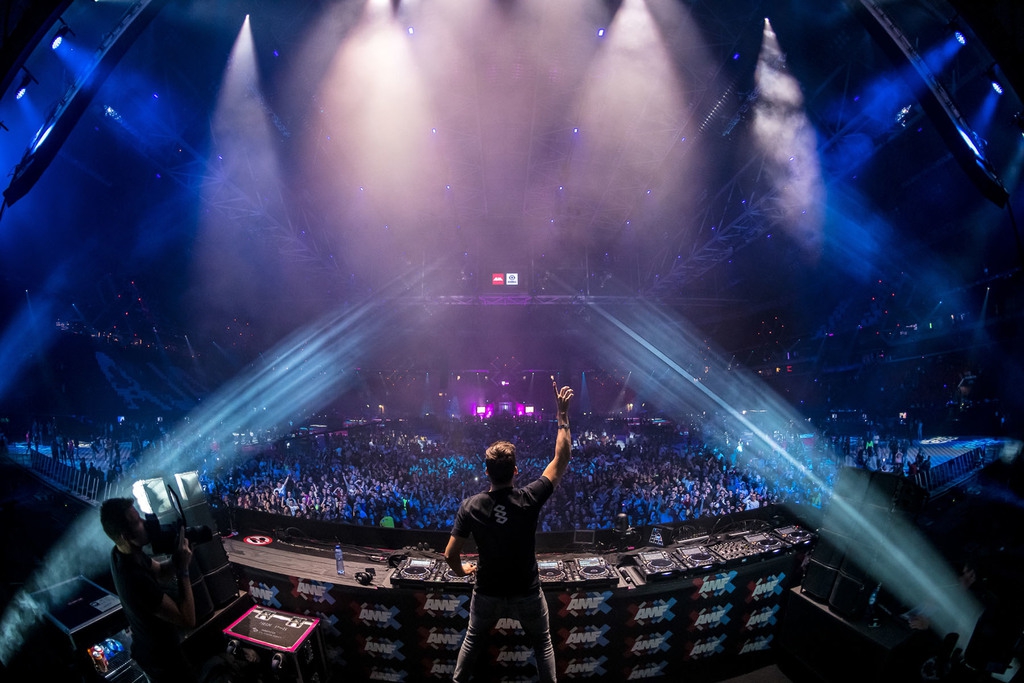 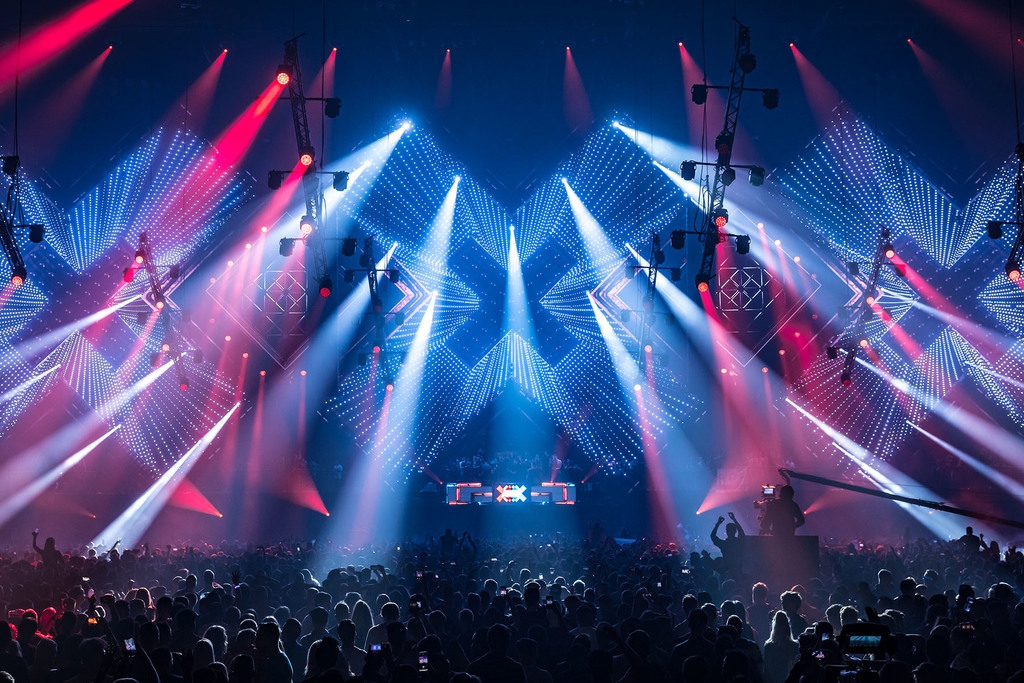 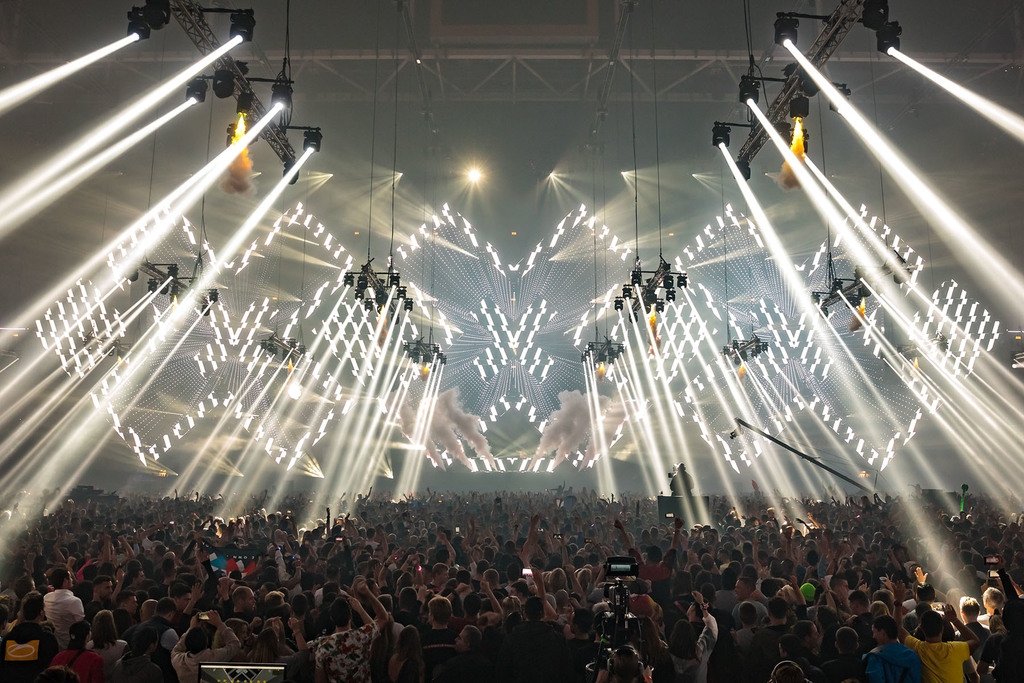 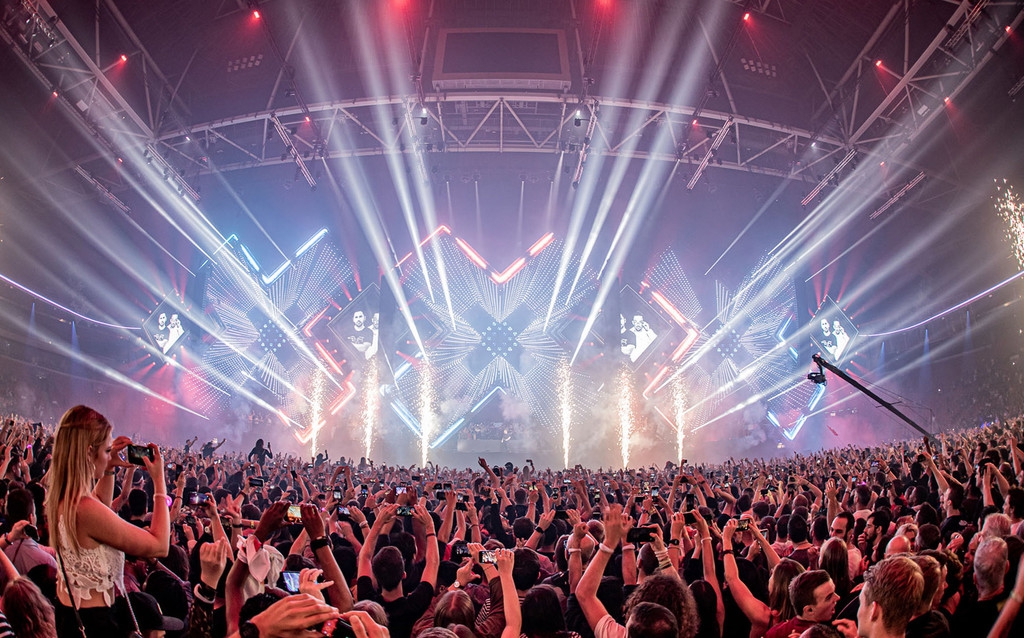